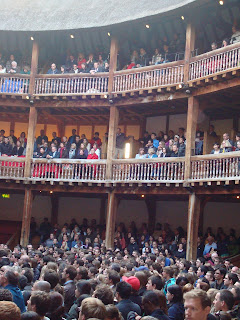 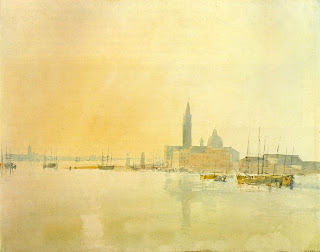 In England, the greatest of arts has always been literature. In the pictorial art England’s achievements have not only been more modest, but the best was done by English painters during the two widely separated periods. The first of these periods was the Middle Ages, but these achievements were mostly in stained glass and manuscript illumination. A far as painting is concerned, it is difficult to judge since very little survived. Nevertheless, from those works that did survive it may be concluded that the level of quality was high. A typical example of English painting of that period is the Wilton Diptych, called so because Wilton House is the place where it has been kept for two centuries. Its consists of two oak panels, the first of which shows the young King Richard II kneeling in front of three patron saints of England. In the second panel, King Richard is shown among eleven angels encircling Virgin Mary who holds in her arms Infant Christ. One of the angels carries the banner of St.George and Christ holds his hands as if to take the banner and give it to Richard. It is one of the best known and loved paintings in England. It represents the best traditions of medieval English painting, with its attention to the beauty of line, its rich colour and fine craftsmanship.
In the early fifteenth century this tradition came to an end, and for the next three hundred years pictorial art in England was dominated by the Continental influences: all leading artists who worked in England were foreign by origin and training.


Работаем с подкастом  TED: Ideas worth spreading
Julian Treasure: Why architects need to use their ears 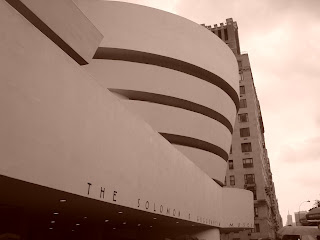 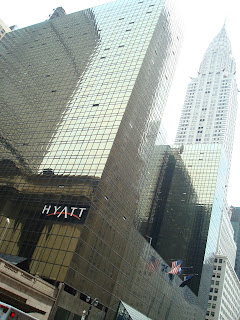 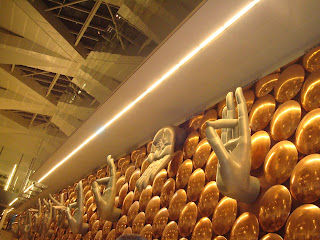 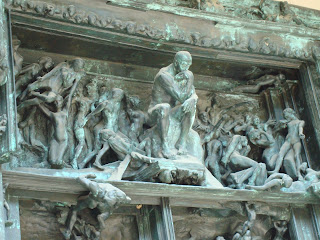 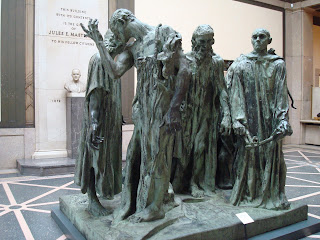 Appreciation of sculpture depends upon the ability to respond to form in three dimensions. That is perhaps sculpture has been described as the most difficult of all arts; certainly it is more difficult than the arts which involve appreciation of flat forms, shape in only two dimensions. Many more people are 'form-blind' than colour blind. THe child learning to see, first distinguishes only two-dimensional shape; it cannot judge distances, depths. Later, for its personal safety and practical needs, it has to develop (partly by means of touch) the ability to judge roughly three-dimensional distances. But having satisfied the requirements of practical necessity, most people go no further. Though they may attain considerable accuracy in the perception of flat form, they do not make the further intellectual and emotional effort needed to comprehend form in its full spatial existence.

This is what the sculptor must do. He must strive continually to think of, and use, form in its spatial completeness. He gets the solid shape, as it were, inside his head - he thinks of it, whatever its size, as if he were holding it completely enclosed in the hollow of his hand. He mentally visualizes a complex form from all round itself; he knows while he looks at one side what the other side is like; he identifies himself with its centre of gravity, its mass, its weight; he realizes its volume, as the space that the shape displaces in the air.

And the sensitive observer of sculpture must also learn to feel shape simply as shape, not as description or reminiscence. He must, for example, peceive an egg as a simple single solid shape, quite apart from its significance as food, or from the literary idea that it will become a bird. And so with solids such as a shell, a nut, a plum, a pear, a tadpole, a mushroom, a mountain peak, a kidney, a carrot,a tree-trunk, a bird, a bud, a lark, a ladybird, a bulrush, a bone. From these he can go on to appreciate more complex forms or combinations of several forms.


2) Via Comments under the post write a list of points in note form to answer the following question: How does a sculptor's appreciation of form differ from that of an ordinary person?

3) Using the list of points, reconsctruct the authors' argument in not more than 90 words. Your answer should be in one paragraph. Email your Precis to your teacher's account: 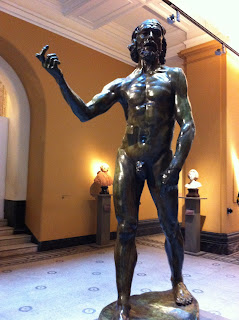 Week 1 Art as a Phenomenon


1) I need you to pick up one of the museums  The State Hermitage Museum, TATE or The Metropolitan Museum of Art and make a report strictly on the plan below (5-7 minutes)
- history of the museum and the building
- trends of art represented
-current and permanent exhibitions